A woman has been apprehended on the second floor of the City of Johannesburg’s Metropolitan Centre. 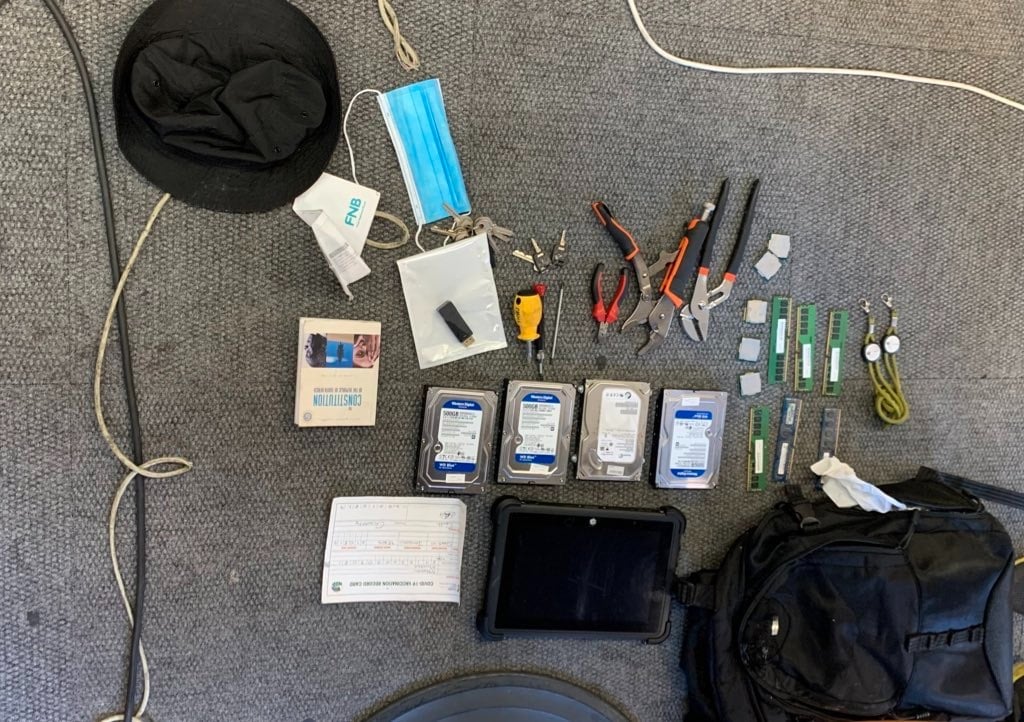 A woman who was arrested in 2020 for breaking into the City of Johannesburg offices was again apprehended on Monday morning after being found in the Metropolitan Centre building while in possession of council equipment.

This was confirmed by the City of Johannesburg’s anti-fraud and corruption department, the Group Forensic and Investigation Services.

“A female suspect was arrested in the early hours of the morning for allegedly breaking into the IEC offices (in the Metropolitan Centre). She was found in possession of computer hard drives and other computer tools,” reads the statement from the city’s anti-fraud and corruption department.

The woman was, according to the anti-fraud and corruption department, found hiding under a desk on the second floor of the building.

“It is not the first time the suspect has broken into the City of Johannesburg’s offices. In October 2020, she was arrested for a similar crime, but the case was thrown out of court due to lack of evidence,” the statement says.