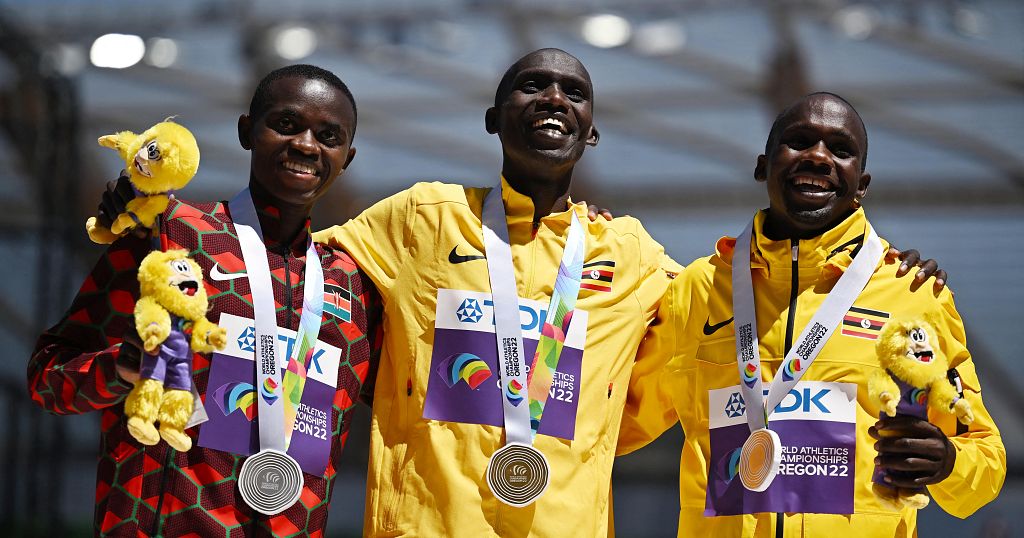 World Athletics Championships kicked off Friday, July 15 in the United states, in Eugene, in Hayward Field at the University of Oregon. African athletes have already shone on the internatioal stage.

Marathon and 10,0000 metres are the two medal-winning disciplines for athletes from the continent.

Here are the 3 African countries which have so far won medals:

30 yearl-old Tamirat Tola was the first athelete to complete the 42,195 km in 2h05’36’. The performance earned him the gold medal and he set a world record. His compatriot Mosinet Geremew finished second and won the silver medal.

Letesenbet Gidey clinched gold in the women’s 10,000 meter race on July 17. The 24 year-old, won the silver medal at the 2019 World Athletics Championships and bronze at the Tokyo 2020 Olympic Games.

Gotytom Gebreslase patiently tucked behind her rival until late in the race before surging ahead and sprinting to the win in the women’s marathon at the world championships on Monday.

She finished the fast and flat course in a championship-record time of 2 hours, 18 minutes, 11 seconds.

In the women’s 10,000 meter race, still, Hellen Obiri and Margaret Chelimo Kipkemboi, both from Kenya, came in second and third in the competition in Eugene, Oregon.

Stanley Waithaka Mburu recovered from a fall to win silver in 10,000m.

Judith Jeptum Korir, who did most of the work late in Women’s marathon race, finished second, nine seconds behind her Ethiopian opponent.

In the Steve Prefontaine Stadium in Eugene, Ugandan Joshua Cheptegei remained the king of the 10,000m. His Sunday victory in his second consecutive world title. 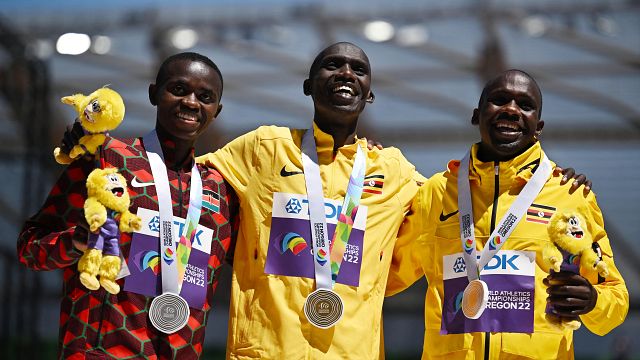