Pakistan appealed Saturday for help from the international community in responding to unprecedented flooding that has left at least 1,265 people dead. Federal Planning Minister Ahsan Iqbal called for an “immense humanitarian response for 33 million people” affected by the devastating floods triggered by monsoon rains. The request came even as planes carried supplies to the country across a humanitarian air bridge. International attention to Pakistan’s plight has increased as the number of fatalities and those made homeless have risen. According to initial government estimates, the rain and flooding have caused $10 billion in damage. 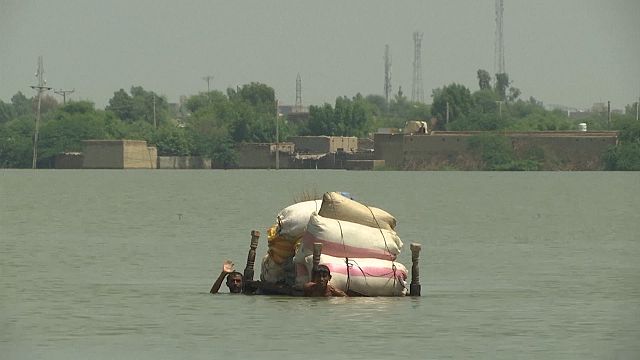