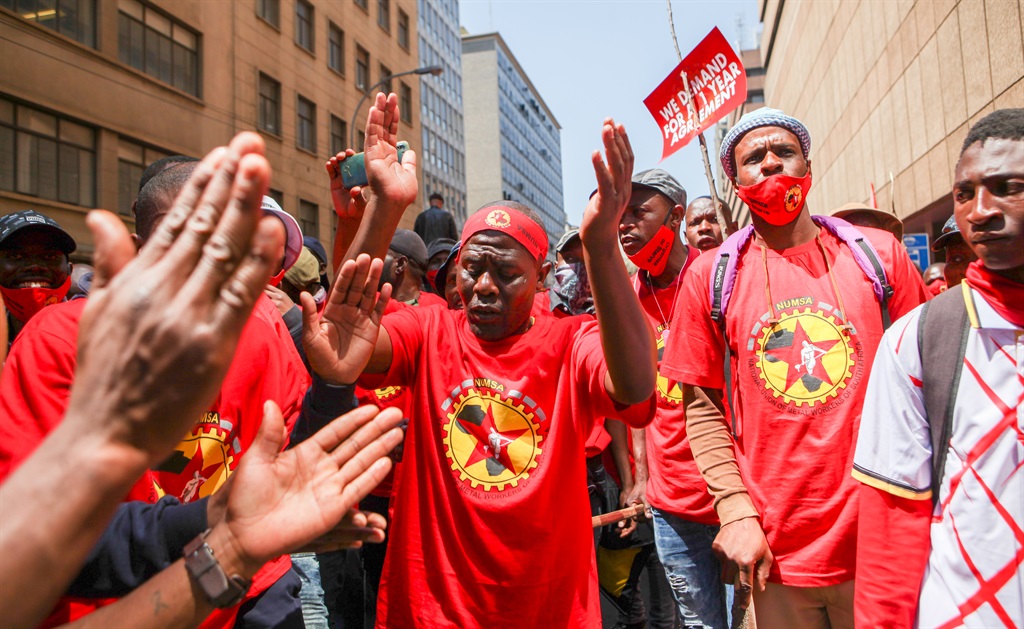 In addition, the union is interdicted and restrained from proceeding with its 11th National Congress scheduled to take place from 25 to 29 July, until it fully complies with the terms of its own constitution.

Ntlokotse had approached the court on an urgent basis this past week to have the court declare her suspension from the union invalid, or halt Numsa’s conference from commencing until the nature of her suspension and that of the other officials is clarified.

Labour Court Judge Graham Moshoana said that Numsa had “put the cart before the horse” when it suspended the officials.

The key issue argued by lawyers during the Labour Court appearance was whether the suspensions were lawful in terms of the union’s constitution.

The Numsa constitution says the regional and national executive committees of the union have the power to “suspend any shop steward … on sufficient cause shown and take over the management of their affairs until another shop steward or committee is elected”.

But Moshoana said the members of Numsa deserve a better and proper protection. “To have a leadership or structure that unashamedly flouts the founding document of the constitution is not in the best interest of the general membership,” he said.

The elective conference set for next week will elect leadership for the largest single union in South Africa, with over 300 000 members in its ranks.

This will also set the tone for the power dynamic at Saftu, with Ntlokotse now working alongside Saftu secretary-general Zwelinzima Vavi, who is Numsa secretary general Irvin Jim’s longtime friend, but disagrees with him on whether the federation should align itself with a political party.

In his judgment, Moshoana was scathing about Numsa’s leadership. “Trade unions must begin to rid themselves of the trepidation of leadership tussles so as to ensure that their compliance with their own constitutions is sanitised,” he said. “…[A] trade union exists for the workers and not for the leadership. [Numsa] in their opposing papers suggested that Ntlokotse brought a political matter before court. This suggestion is, with respect, preposterous in the extreme.”

The judge added that the case of Ntlokotse was nothing more or less than “a lament for compliance” with the Numsa constitution.

“The leadership tussle within worker organisations is becoming cancerous in this country and it certainly diverts what is supposed to be a worker association into … personal fiefdoms.”

He said Numsa’s central committee must “carefully reflect and do a serious introspection” with the guidance of its own constitution.

The ruling means that, should the Numsa national conference go ahead as scheduled, Ntlokotse and other suspended officials can attend and participate.

Be the first to comment on "Numsa suspensions ‘unconstitutional and invalid’, conference interdicted – Labour Court"