The Lions haven’t entirely given up hope of being able to select the Tshituka brothers, Vince and Emmanuel, against Leinster this weekend. 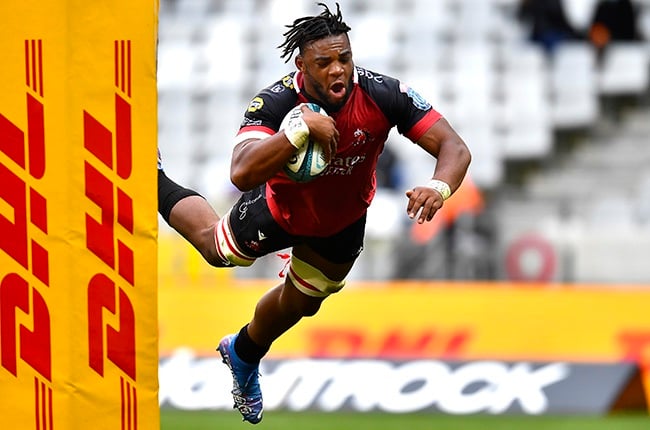 Despite playing it safe in an official statement on Monday announcing their unavailability, Lions management actually still hold out hope that the Tshituka brothers, Vince and Emmanuel, could feature in Friday’s United Rugby Championship meeting with Leinster in Dublin.

The two imposing loose forwards were denied entry into Ireland on Monday due to visa issues or “a bit of paperwork” as assistant coach Ricardo Loubscher labelled it.

Both born in the Democratic Republic of Congo, the Tshitukas matriculated at Northcliff High in Johannesburg, but are understood to have only been able to apply for their South African passports – an arduous process – at the start of this year.

“We are just waiting for confirmation,” said Loubscher.

“It’s obviously day two for us now, but behind the scenes we are working on it. Hopefully, we can get a good outcome.”

Vince in particular has established himself as one of the talismans in the Lions pack, supplementing his already solid defensive capabilities with improved work rate and dynamic carrying.

The balance he provides to a loose trio that also features Francke Horn and Jaco Kriel has been one of the few highlights in a tough campaign.

Both men played in last weekend’s Currie Cup match against the Sharks, so match fitness wouldn’t be an issue.

Another notable absentee has been winger Rabz Maxwane.

The hasty finisher was an absolute hit in the 2018/19 PRO14 campaign for the Cheetahs, where he ended the season as the leading try-scorer with 14 dot-downs.

His experience of European conditions could’ve come in handy, but the 26-year-old has been left home for some mental recuperation.

“Rabz has not been excluded because he’s not playing well. It’s a personal thing. There’s a funeral that he must attend and that’s the main reason why he’s not involved with the team currently,” said Loubscher.

“He’s undoubtedly a great finisher and has decent experience of these conditions, but we just felt he’s played a lot of rugby over the past few months. Obviously there are some work-ons for me, you’ll find that with any player.

“It’s about him just cutting down on some errors and gaining his confidence back. We’re just trying to get him back on the horse in the best possible way for him.

“He’s had a tough few weeks and he just needs to enjoy the game again. He’s trying really hard, he wants to give it [his] all. He’s a big loss for us.”