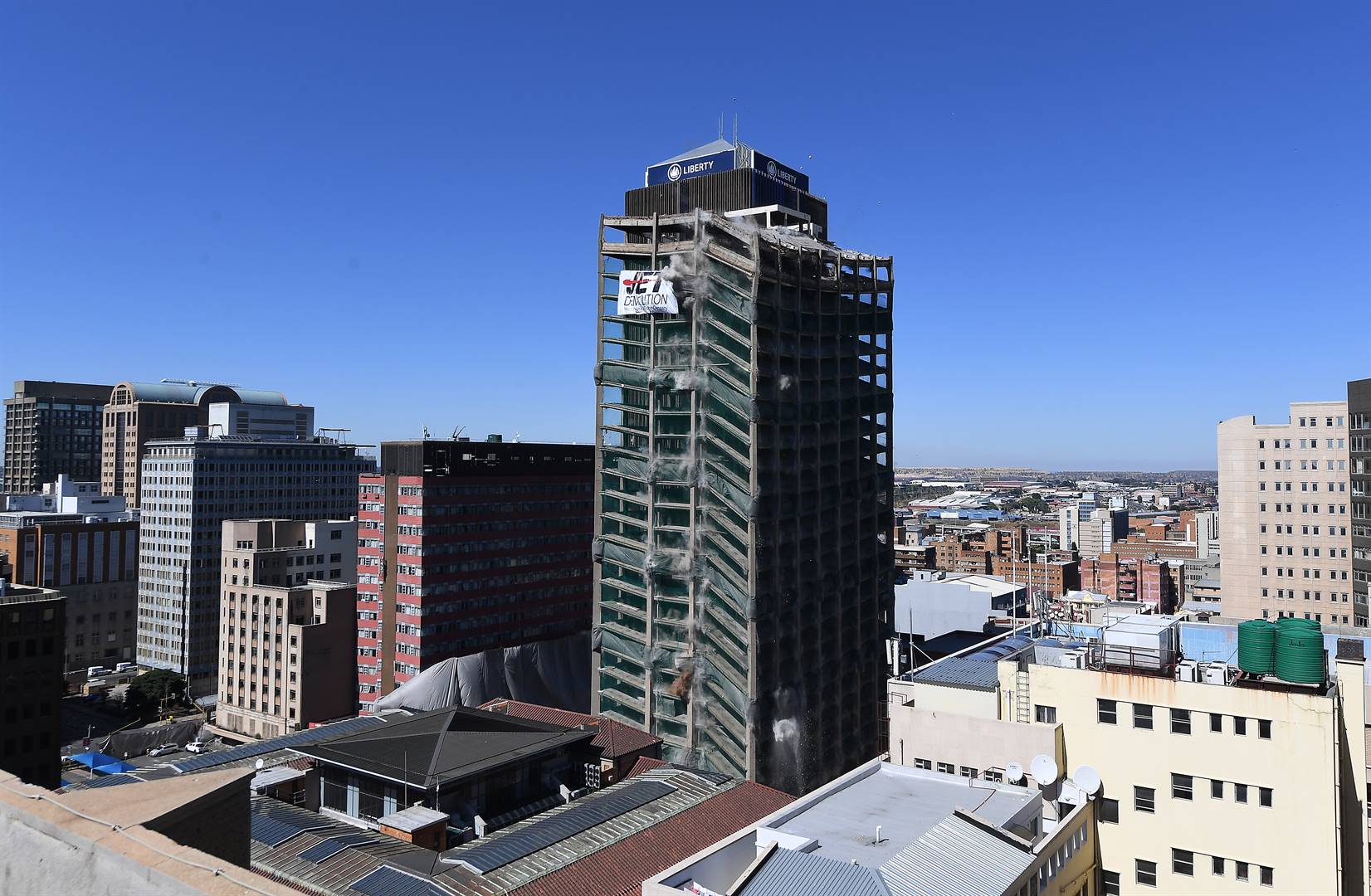 The department said the delays in payments were because its records were destroyed in the 2018 fire at its head office in the Bank of Lisbon Building Photo: Felix Dlangamandla

The Gauteng health department owes suppliers about R4.7 billion, some of it dating back to 2017.While the department said the delays in payments were because its records were destroyed in the 2018 fire at its head office in the Bank of Lisbon Building in Johannesburg, the DA blamed this on incompetence.

DA’s spokesperson on health Jack Bloom this week said he hoped the newly appointed provincial head of department, Dr Nomonde Nolutshungu and her team would speed up the payments.

He said Nolutshungu had conceded that the province’s poor record keeping had resulted in the suppliers being owed about R6 billion, a figure disputed by the department.

“According to our financial records, the total owing to service providers is R4 722 382,” said provincial health spokesperson Kwara Kekana on Thursday.

Kekana denied that the department was depending on the suppliers to inform them what they were owed.

She said the department verified the suppliers as the financial records were kept in the online SAP system managed by the Gauteng Provincial Treasury.

Data was backed up electronically on the Treasury servers.

Bloom claimed Nolutshungu said R500 million would be set aside every month, of which 50% would be on current expenditure, 30% on accruals and 20% on medical-legal cases.

Nolutshungu, who replaced Dr Sibongile Zungu in April, has worked in the public health sector for almost 30 years.

Her last position as the health attaché in Washington District of Columbia, US.

Meanwhile, Bloom said the department’s finances were under pressure. He said:

A few years back, the department had a plan to pay the suppliers in a space of three years and that has not happened.

“The ballooning accrued debts have to be paid from this year’s budget, which is already under severe strain, and patient care will suffer,” he said.

Bloom said it was an excuse to blame the fire for the poor financial mismanagement that had afflicted the department for many years.

“The victims of all this incompetence are patients who don’t get good care because too much money has been wasted, misspent or stolen.

It’s better late than never, so, I hope that Nolutshungu and the newly appointed CFO succeed in installing the proper controls that are needed to fix this ailing department,” Bloom said.

Be the first to comment on "GP health department owes suppliers R4.7 billion dating back to 2017"