An unusually powerful eruption of Sicily’s Mt. Etna volcano created a volcanic storm on Thursday night with bolts of lightning streaking the sky above the crater. Boris Behnke, a volcanologist with Italy’s National Institute for Geophysics and Volcanology, told the Associated Press that volcanic storms were rare phenomena that happen in particularly violent eruptions or when the volcano is near water. In the recent Tonga eruption there were roughly 100 volcanic lightning bolts per minute, Behnke explained. Volcanic lightning was observed on Etna in 2021, in 2015 and in 2013, according to Behnke. The eruption sent volcanic ash over 10 kilometers (6 miles) into the air above sea level. Etna is the largest of Italy’s three active volcanoes, which also include Stromboli, on the Sicilian island of the same name, and Mt. Vesuvius near Naples, which last erupted in 1944. It’s a popular tourist destination attracting hikers eager to see the extraordinary lava flows glowing orange at night. 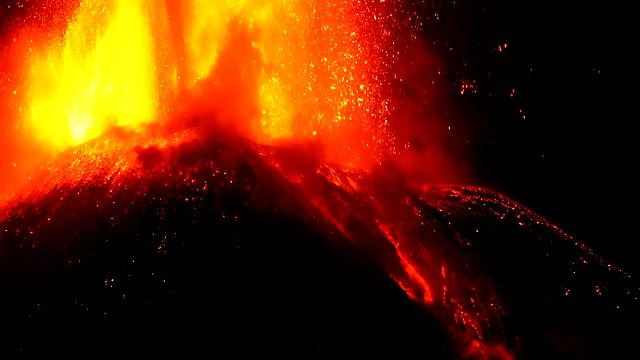