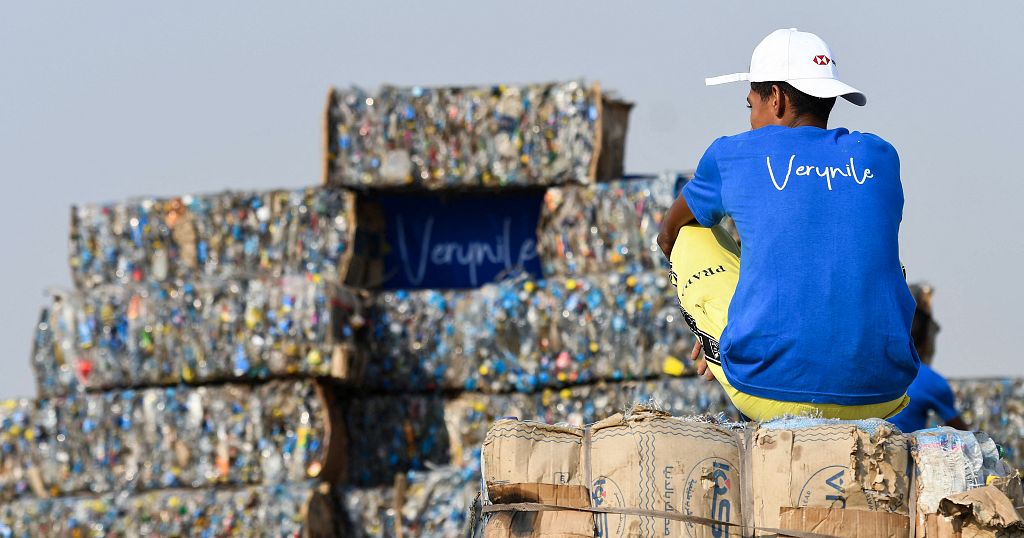 On the Western bank the Nile in Giza, Egypt, men and women are busy cleaning the river. They are part of the VeryNile initiative. A project launched in 2018 to gather plastic garbage and raise awareness on the importance of protecting the environment.

The team also develops means to recycle and upcycle solid waste through partnerships with local stakeholders. The huge structure weighing more than 7,500 kg was erected by volunteers using plastic garbage.

“We chose to build a pyramid as a huge Egyptian symbol, Farah Abd Elbakey explains. We built a pyramid made of plastic collected from the Nile to show people the scale of the problem. In order to build a pyramid, we starting collecting plastic a while ago.”

The volunteer  reveals that no collection of plastic made for a “long time“; the more than “100,000 kg” of plastic collected since the beginning of VeryNile are testimony to the work accomplished.

“We spent 3 years cleaning the Nile, buying plastic from the fishermen who collect it, the plastic more than the fish, says volunteer Hanaa Farouk. Plastic can stay in the Nile for hundreds of years without breaking down.“

The 250,000 bottles that made up the pyramid represent “45 days work, done by 6 fishermen“. They will be recycled into yarns for the textile industry. According to a study mentionned by the World Economic forum, around 88-95% of all river-borne plastic comes from just 10 rivers, amongst which the Niger and the Nile. One of the consequences of pollution is the of fishermen:

“The amount of fish is not as big as it used to be, volunteer Zeid Ehad says. Fishermen are involved in cleaning the Nile to get extra income, and recently we have extracted tons of plastic from the Nile which affects our lives, the environment and everything else.”

Plastic collected by fishermen is also turned into products such as bag. An up-cycling workshop led by women from the Qursayah Island on the Nile enables them to secure funds.

VeryNile is supported by: Drosos Foundation, One Earth One Ocean organization and the Egyptian Ministry of Environment. The country will host the next UN World Climate Conference (COP 27) in November. 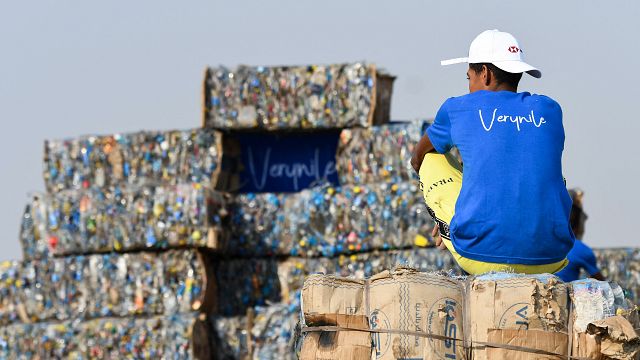