The headmaster of Graeme College School for Boys, Kevin Watson, and the school’s rugby first team captain, Liselihle Mapekula, drove for an hour and 35 minutes from Makhanda to Qonce to pay their condolences to the Dale College Boys’ High School community following the tragic death of Liyabona Teyise.

The 18-year-old lock died from bleeding into the brain sustained during a rugby clash with Port Rex Technical School on Saturday.

In September, the Graeme College community saw one of its rugby players, Simnikiwe Bosman, lose his leg after he sustained an injury during a game against St Andrews.

Teyise hit a sensitive part of his skull while trying to break through a wall of defence on the five-metre line, while Bosman dislocated his knee while attempting to stop a try in the same position.

Bosman’s leg had to be amputated after doctors noticed extensive damage to the muscle tissue, weeks after the injury.

He was found dead along the R63 between Qonce and Masingatha Village on 3 April.

Police suspect he died in a hit-and-run accident, and a culpable homicide case is being investigated. He said they decided to take the journey to show their support.

“We think they are a great school with a great tradition and it’s something that we admire and respect.”

“We are linked in some way. This is to show them that they are not alone during this tough time,” said Mapekula.

The school fraternity across the country has continued to send messages of support to the Qonce boarding school. 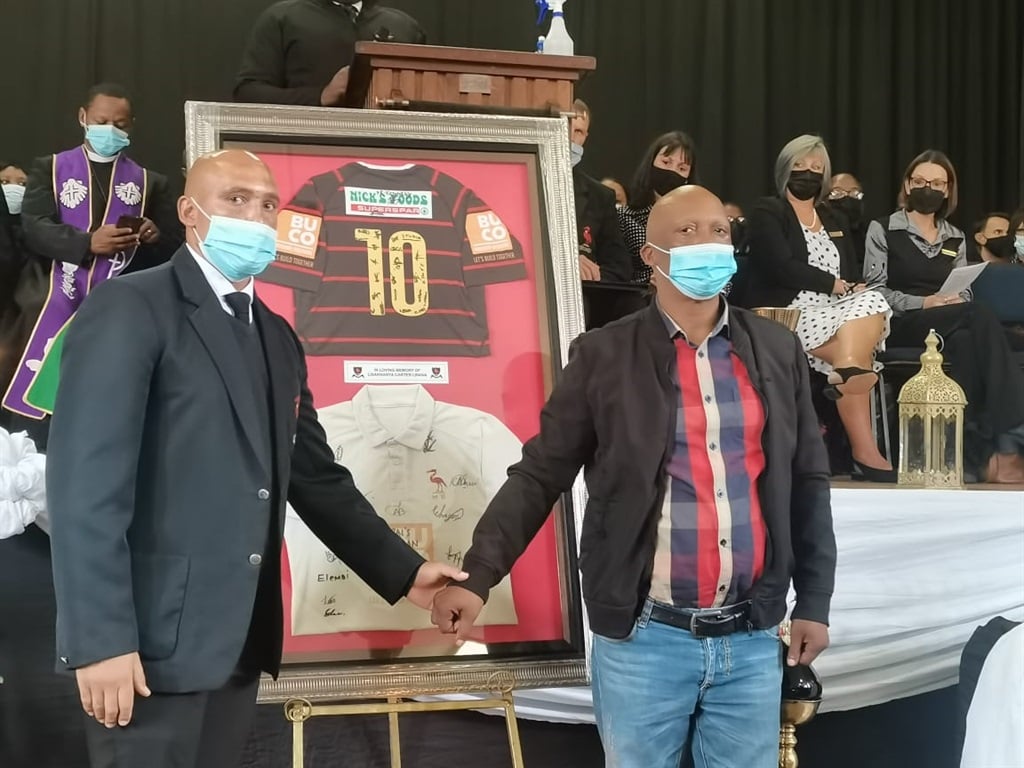 Paul Roos Gymnasium in Stellenbosch has also pledged its support, offering to contribute towards the memorial service for Teyise.

Selborne College in East London has sent staff and equipment to assist with the streaming of the service for those who are unable to attend in person.

Shaw said they were overwhelmed with the outpouring of support from other schools, particularly via email.

“Both locally here, our peer schools, and around the country, the support has been absolutely phenomenal, I am blown away.

“We had counsellors volunteering to support and we are also very pleased to have our own counsellor who is available to support learners through this process.”

He added the school’s rugby team had decided they wanted to honour their invitation to play in the King Edward VII School Easter Festival in Johannesburg this weekend.

They were scheduled to leave on Wednesday.

Team captain Kgotso Moeketsi told News24 they wanted to honour Teyise by playing well in the Easter tournament because he died wearing the team’s jersey.